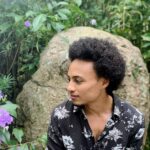 Nathaniel Phillipps
May 6th, 2021 - 2:00am
Black Lives Matter protest in Downtown Las Vegas on May 30, 2020. Photo by Daniel Clark.
Police will kill you in Nevada and say it’s your fault

Through a presentation that lasted hours, the state of Nevada brought all it could to conjure justification for the cold-blooded killing of Jorge Gomez in 2020 during protests in support of the Black Lives Matter movement and justice for George Floyd. In what can only be called a thorough collaboration, the Las Vegas Metro Police Department, Clark County and the district attorney, Steve Wolfson, presented a woefully incomplete evaluation of the killing of a brother, friend and son of our community, finding it both legitimate and defensible. The so-called “Public Fact Finding Review” was a political exercise in gaslighting and manipulation at a grand scale, one in which officials vastly downplayed officers’ failure to uphold their own use of force and de-escalation policies, leading to an entirely avoidable killing.

Their story represents the “official” narrative on behalf of a community of millions of people in the Las Vegas valley. It is despicable for several reasons. The “facts” found by officials were demonstrably prejudiced to totally incriminate Jorge Gomez, though he was not on trial — he was executed by police while walking. By their own admission, the forensic evidence showed Gomez never once fired the guns in his possession (and videos of the scene show he never aimed them, either). Unsurprisingly, these actual facts did not in any way result in accountability for the officers for killing a civilian. According to the state, he was responsible for his own killing.

The criminal-legal system criminalized the person killed by listing several “applicable charges had Gomez survived:” four counts of assault with a deadly weapon, carrying a concealed weapon and possession of a short-barreled rifle. The only thing public about the review was that people were allowed into [already] public chambers to view the highly prejudicial presentation and were afforded the opportunity to submit questions that were screened by an official aligned with the state who then decided whether or not to ask them. That person, hearing master Chip Siegel, was formerly a Clark County district attorney and has since worked in private practice out of the Wolfson & Glass building downtown; this suggests that the current D.A. is his landlord of many years.

The incident in question, which occurred during a frenzied night of protests against racist police officers and state violence, was further framed by authorities within the broader ideological bounds of reactionary, conservative politics that views Black Lives Matter movements as inherently radical and a threat. In addition to the literal attack against Jorge Gomez and his right to openly carry firearms under state law, the fact-finding review served as ideological fodder to delegitimize and criminalize perfectly legal public assembly driven only by deep indignation against racist police violence—specifically when done in the name of Black Lives Matter. In the eyes of the law, protests in solidarity with and for Black communities warrant lethal police brutality.

The Force Investigation Team (FIT) alleged that on the night in question, Gomez was heckling officers on the other side of the “skirmish line”—a police formation utilized to control an “unauthorized gathering”—and that this one man intimidated and posed a threat to them, despite their body armor, rifles and full cover of the law. In actuality, the skirmish line is nothing more than the thin blue wall that delineates fascist police control and associated violence and requires the total submission of civilians and compliance with even the most outlandish officer commands—at risk of death.

Again drawing on the hysteria of anti-BLM ideology, testifying authorities conflated another [blue] line: between the shooting of a police officer that happened blocks away and the non-actions of Jorge Gomez, who, again, never pointed his weapons at officers. One official provided a deceptive narrative suggesting that the (unfounded) fears of officers that Jorge Lopez might shoot at them was sufficient to justify his killing. In other words, because "one of us had been shot”—as ombudsman Josh Tomsheck put it, while ostensibly representing both the family and the public during the hearing—it was open shooting season on anyone perceived to be a threat by ramped-up officers. (Tomsheck is a former Clark County district attorney, spouse to a Las Vegas municipal court judge and the popular choice for troublesome cops in need of legal defense.)

As Gomez was moving away from the officers, they created an encounter where there had been none by firing less-lethal rounds at Gomez, who fell to the ground and then got up and continued to flee. Investigators alleged that officers mistook the sound of their own low-lethal rounds for a shot fired by Gomez. I would posit that it was not a mistake, but a further escalation by surrounding officers who then unloaded 19 rounds at him. The “mistake” was justified because officers receive no training on distinguishing between the sound of low-lethal rounds and deadly ones, which was corroborated by both Tomsheck and Metro’s force investigation team lead whom he was questioning.

After what many legal observers called a sham of a review, Gomez’s family shared their truths to the media outside of the commission building, standing alongside others who have experienced similar tragedies, together known as Families United 4 Justice Las Vegas. Behind them was the crowd that had for hours protested against Metro, police violence, and DA Steve Wolfson and chanted in support of Gomez; his family could hear from the inside.

His mom, Jeanne Llera, criticized how the review villainized, slandered and conspired against her son, painting him as some “radicalized” individual who intended to cause violence by showing his text messages and social media activity—which the investigators dug up after his killing in an attempt to add credence to their version of events. She urged support for two pending bills at the Legislature: AB131, to require body-worn cameras for all officers, and AB 133, revising the conditions for justified use of lethal force by police. Sadly, neither of these provisions would have prevented Gomez’s death with certainty.

Nevada police kill a lot — and always get away with it

The lawyer representing the Gomez family cut to the heart of the review: “What we saw was a circus. A pre-scripted hearing. They dragged Jorge Gomez’s name through the mud…. This is the city that is supposed to be the entertainment capital of the world. It’s embarrassing. This is what Las Vegas leadership showed the world.” He also stated that they weren’t asking anyone to defund the police. This despite the fact that the lawyer's office was raided by LVMPD with the permission of a judge who is the son of the current mayor of Las Vegas. The judicial branch provided cover for direct intimidation.

Eighty-six families have lost a loved one to LVMPD’s violence, and 86 times LVMPD officers have evaded legal repercussions. Surely, defunding a police force that has not once been held to account would be a measure of responsibility and repair to the families who have lost much more?

Police violence is a national crisis of international proportions.

The fourth highest rate in the nation of fatal encounters between police and civilians occurs right here in Nevada. It is quite simple to see why: consider the institutional prerogatives that solely uphold police narratives—the guise of false fact-finding reviews; legislative priorities that do as little as possible to uproot harmful police practices; and a culture of deference to law enforcement—and the fact that LVMPD’s citizen review board never disputes the agency it ostensibly oversees. There’s no reason for police to de-escalate a tense situation when the officers know they later will be “proven” justified in their actions. That’s what happened in Sparks in Northern Nevada in 2019 when 18 yr-old Miciah Lee, who was experiencing a suicidal emergency, was met with militarized police and a rain of bullets instead of compassionate care. Those officers, as in Gomez’s case, were also repeat-killers.

Criminal justice reform advocate Glenn E. Martin has said, “Those closest to the problem are closest to the solution.” An effective way to end the onslaught of police brutality in Nevada would be to support the 40 demands drawn up by Families United 4 Justice Las Vegas (FU4JLV)—a local coalition of directly affected families and survivors of police violence. They know the “fact” finding review is an absurd and insulting process, and it is a target of their petition. Meanwhile, it is expected that District Attorney Wolfson will soon announce that the officers were found justified in their actions under the law, one in a long line of similar pronouncements over many years. And as virtually all killings by police nationwide culminate the same way, it is by no means a uniquely Nevadan tradition.

An international commission of human rights experts from twelve countries recently concluded an inquiry into police brutality in the United States. They found that the routine practices and cases of brutality are of a severity constituting crimes against humanity and urged action from the International Criminal Court. Some of the same practices decried by the commission are evident in the case of Jorge Gomez’s death. Knowing the rates of police killing in Nevada and the consistent evasion of accountability and justice, if we heed the calls not to defund the police and not to dismantle a system that has always resisted reforms aimed at preventing routinized violence, we will surely see more senseless killings despicably justified by the state. We will see a crisis endure.

Nathaniel is a homegrown Nevada organizer from the historic Twin Lakes neighborhood of Las Vegas. He is also the Ristad Healing Justice fellow with the American Friends Service Committee, a fellow at and contributor to Just Media and a member of the Mass Liberation Project NV which works to transform our culture of punitive punishment towards collective healing and safety. Find him on Twitter @WokeBloke2.

Comment Policy (updated 4/20/2021): Please keep your comments civil. We reserve the right to delete comments or ban users who engage in personal attacks, use an excess of profanity, make verifiably false statements or are otherwise nasty. Comments that contain links must be approved by admin.

The Nevada Independent will track the most important economic indicators across the state on this page.

What Happened Here: A six-part series on COVID-19 in Nevada